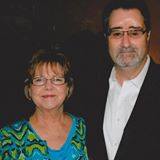 THEME:  COME UP TO THE MOUNTAIN OF THE LORD!

We have come to the end of June and the first six months of this year of our Lord 2017 as well as closing out a spiritual year from the beginning of last year’s apostolic campaign, 2016/2017! (July/June)  It has been quite a year of change, challenge, and commission into some new things yet we are totally grateful and in awe of the goodness of our Father! We have seen him move and transition in us and the ministry and give us greater grace for every obstacle or mountain!  I like what my friend, Apostle Bo Salisbury says in a recent video, “Some mountains are not for moving, some are for taking!”  Like Caleb of old, Pam and I believe even after 40 years of ministry and almost 34 years of marriage, we are not ready to give up or settle down, we’re ready to take our next mountain for the Lord!!!

We normally launch the new campaign in July closer to the first or second weekend of the month, but due to our scheduling, we are having to push it back to the Fifth weekend of July, the 28-30!  Our theme, “Come up to the mountain of theLord” will be high-lighted in the apostolic meeting, Apostolic Base Camp- Preparing to Ascend, July 28-30!  We will begin to send out info soon on it and on facebook, but if you’re reading this, go ahead and mark down these dates and plan on joining for a great apostolic weekend as we continue in the things concerning the kingdom of God, and of our Lord Jesus Christ!  We thank God, that we consider the Apostle and High Priest of our confession, Christ Jesus, who as a Son, presides over His House, whose house we are…. (He. 3:1-6)

We are sensing a great turnaround and another awesome Shift in the Spirit as we prepare for this new and His grace upon our lives!  The Lord has done some amazing things for us just in this last week that has really blessed us and given us great hope that the transition we’re in is on the right track.  Pam and I have never been “settlers” because when Father brought us together, He called and commissioned us to be “pioneers” of the faith!  We believe now more than ever that we have come to the kingdom for ‘such a time as this’!  We know we have been prepared and processed through the fires of the Holy Spirit of God and kept for this very hour!  We actually thank Him for the “hiddeness” that He kept us in for many years so we be meet or qualified by Him to fulfill His word and work in us!  One of the greatest revelations we received through our apostolic father, Dr. Mark Hanby,  was to enter in ‘His Rest’ and as we labor or work, it is not our ‘own’ work, it is working from His finished work on the cross!! Amen!

So, as we begin July 2017, it is beginning with a full schedule for the month which we will be updating on our Schedule of events shortly.  My purpose for this message is to release us from an ‘old season’ and be ready to press into this new season in the Lord.  Our new campaign will be focusing as always what he is saying to our hearts to the sons of God, the churches and cities and regions!  We were given a multifaceted, stewardship of the “apostleship of GRACE” that Father commissioned us to some 17 years ago-  Romans 1:5,6- “Through Him (Christ) we have received grace and apostleship for obedience to the faith among all nations for His name, among which you also are the called of Jesus Christ.”  We will be visiting cities and regions in the first few weeks of July with relationships with those we have had for years.  So, we’re looking for a re-newed time so that others are refreshed and restored in His presence as well as we are!

So we would ask that you prayerfully consider joining with us in prayer and support, as we believe this is a significant year in the reformation and restoration of the “ekklesia”, the true assembly and church of Jesus Christ!  The Third Great Awakening is underway in the earth, and those that embrace this New Era will certainly be a part of it!  Thanks again for joining with us and for keeping us in your prayers as we launch out into the deep, believing the Father that He has fulfilled every good word and work in His people!

YOURS FOR THE KINGDOM,