Due to a change of plans today and some spontaneous circumstances, I was able to meet face to face with my new young, prophetic friend this afternoon, Shane Hawkins! (At my age now, anyone under 50 is young, lol). Shane and I became friends earlier in the year here on Facebook and I had found out he lived in Houston, so it was great to connect. He and his sweet son Alex came to the Ekklesia ARISE! weekend before last, so it was great to get to visit after the meeting. I want to preface this about what I’m going to write about 9/11 because we talked alot about the spiritual implications of that day and what it represents for us today!

With all due respect to our great country and the almost 3000 lives that were lost that day, I would like to draw a contrast about what was referred to as “Ground Zero” after the fall of the twin towers. Sept. 11, 2001 represented another ground zero “spiritually” that day and since then concerning the “church as we know it!” America has never been the same and the church as we know it has never been the same! That first year of entering the new Millenium, 2001, brought about a dramatic change that “church as usual” would no longer suffice! Oh, I know a lot of big things have gone on, and the day of the “mega church” seemed to be getting bigger and bigger. However, spiritually, we have seen a sudden and swift judgment (discerning between) what our Father intends to have for His people.

Let me emphasize again, this is not an indictment and criticism on the church, we are witnessing the very hand of the Lord bringing discipline and chastisement to His people. And, He does that because he loves us and receives us as sons, and not illegitimate. So my observation on this day of the 17th anniversary since 9/11 is simply a reflection of what Father has desired to do with us since Ground Zero, or what we refer to as “Base Zero.”

After years of a “revival of truths”, that is, the Holy Spirit restoring back to the church the many facets of the doctrine of Christ and His ministries to the Church, His intent after ground zero was to begin the set the Ekklesia is order from the foundation up! For instance, the gifted doma ministries of Christ were restored basically in reverse order the last 50 years of the 20th century. (Eph. 4:11) These were never meant to be a top-heavy vertical covering, but a foundational, horizontal base so that the whole body of Christ could stand up!!!

In the 21st Century or the third day from Christ, the scripture in I. Co. 12:28 began to ring true. And God hath set in the church (ekklesia) first apostles, secondly prophets, thirdly teachers, after that….in other words, FIRST THINGS FIRST!! NOT in order of importance as in an hierarchy, but in order of rank and importance of foundational things being set according to the chief cornerstone! (Eph. 2:20)

For years we have been teaching on apostolic reformation, the ministry of the saints, the restoration of present truth and then in the last few years, the distinction of the Ekklesia with “church as usual” or as we know it. It’s not that “church” and “revival” and pastors are wrong or bad, it’s that what we have made a “system” is now resisting the very work of God in our midst. Now we must talk about the government of God on earth through His kingdom Ekklesia (occupying till He comes), reformation and not revival of what we have had, with apostolic team ministry arising to help equip and establish the saints of God! Shane and I were talking about today how important it is to keep pressing into the kingdom of Christ and His Rule in the earth today!!

Since we came to ground or base zero in the first 17 years of this Millenium, we must see what has been broken, torn down, thrown away 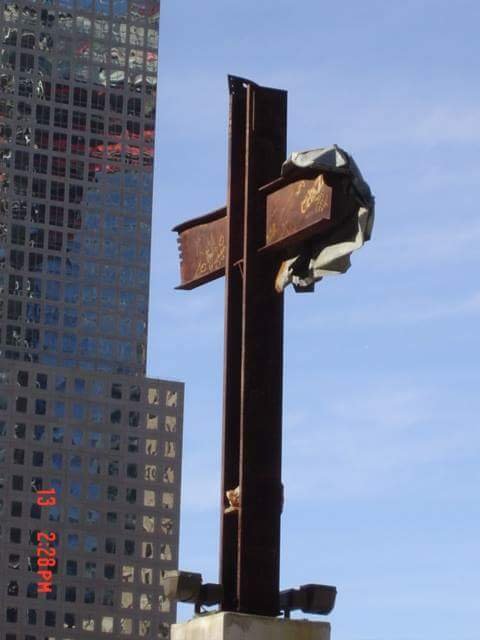 and even destroyed, as Jeremiah spoke, was NOT for our destruction but for our restoration and reformation! The last generation of apostles and fathers were hearing it and began implementing some changes, but it was like putting “new wine in old wineskins!” It just wouldn’t work and it was still about men and performance!! Now, we have present truth apostles and prophets with pastors, evangelists and teachers beginning to function generationally as we see Father raising up and restoring the foundations of many generations! (Isa. 58:12) He is restoring sonship with His true sons today so that the identity and purpose of The Father might be seen in Us all!!

After Shane and I visited this afternoon and all the news concerning 9/11, I felt compelled in my spirit to present this to you and see what the Ekklesia is seeing and saying. We must return to the heart of the Father, to the love of Christ, and continuing in the apostles’ teaching and fellowship (koinonia), in breaking of bread, and in prayers….(Acts 2:42)

Let’s remember that now as Nehemiah, Zechariah and Haggai among others were commissioned to build, we must now “REALIGN, REBUILD, AND RECOVER ALL THAT HAS BEEN LOST AND SEE ALL THINGS RESTORED BACK TO THE CHIEF CORNERSTONE, CHRIST JESUS OUR LORD… LET THE WORSHIPERS ARISE AND THE SONS OF GOD RECOVER ALL!

Isa. 52:8- Your watchmen shall lift up their voices; They shout joyfully together; For they shall see eye to eye, when the LORD restores Zion. https://secure.gravatar.com/avatar/ee7ac187ade54bf37ee732dc9f731b7e?s=72&r=any&d=mm&time=45867569 Isa. 58:12- And those from among you shall rebuild the ancient ruins; You will raise up the age-old foundations; And you will be called the repairer of the breach, The restorer of paths to dwell in. View all posts by FATHERS HEART HOUSTON